Earwigs are easily recognizable by their pincers.
Earwigs are a nearly harmless insect with a bad reputation. They get their name from an old European superstition that an earwig will crawl into your ear and burrow into your brain. The reputation has stuck with them even though earwigs aren't interested in us or our ears. They are just a nuisance!
They pose no health risk, but infestations are not pleasant. Earwigs are primarily nocturnal, feeding at night. They are scavengers, eating primarily dead insects and decomposing plant materials. They also eat an omnivorous diet of aphids, mites, fleas, insect eggs, lettuce, potatoes, mosses and algae. Their food sources are primarily found outside the home, but they will occasionally wander inside, especially in low lying areas that have had a lot of rain. They are nocturnal and hide in cool dark and dark moist places. 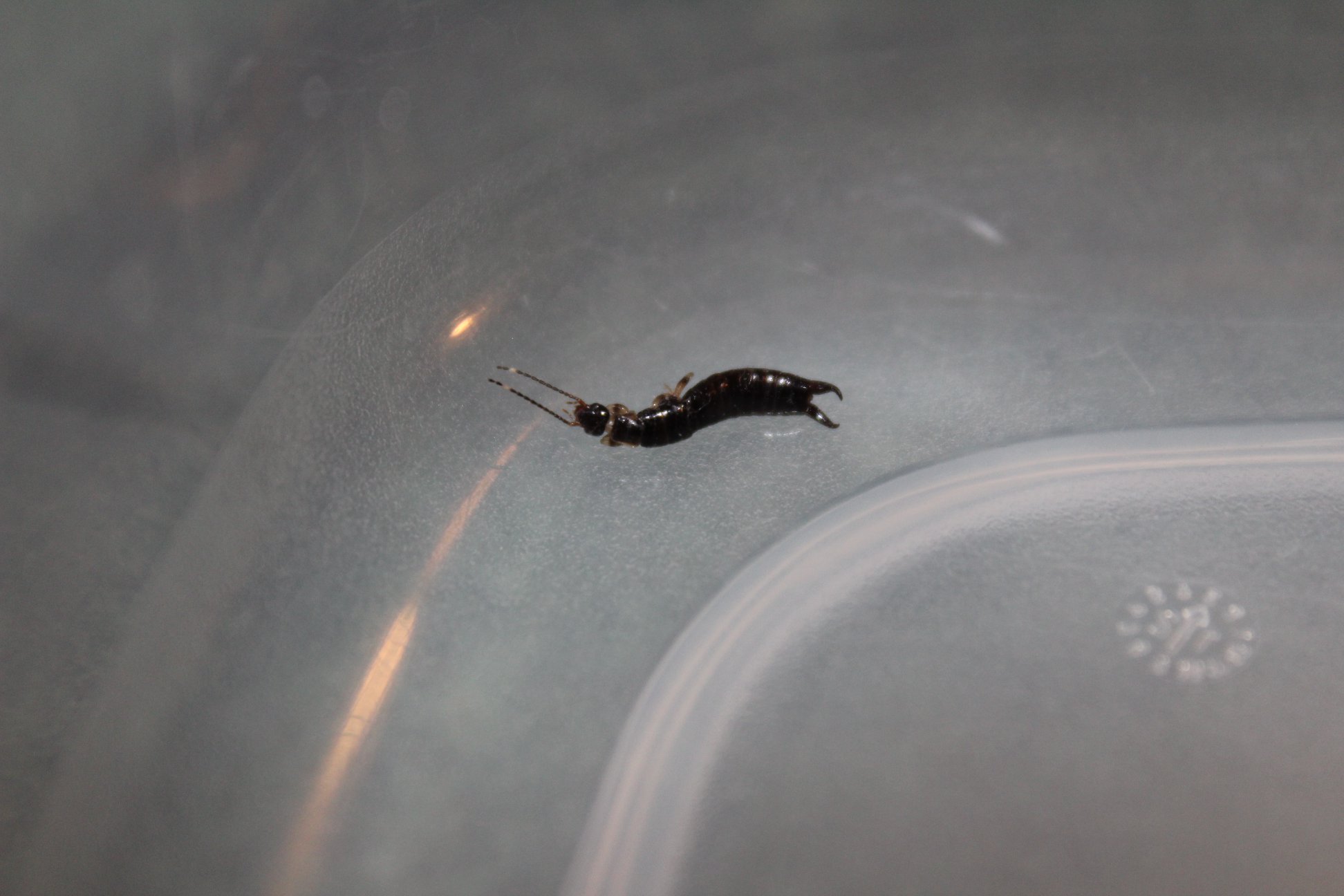 Earwigs do not bite but if handled they may pinch you, but will not break the skin. Their pinchers are used to catch prey and sense their environment.

Earwigs live in habitats that also harbor centipedes, sow bugs (roly-poly), and millipedes. Their populations build up around foundations. Earwigs produce large populations rather quickly and are often a major problem in new subdivisions.

The best way to prevent infestations is to keep the surrounding areas of the home dry and sunny. Keep all wood piles and debris away from the house. If you have mulched beds outside the perimeter of the house, keep these areas treated with a Bifenthrin or Permethrin as a barrier to keep these pests out of your home. Also, sealing doors and windows will help disrupt their migration from outside to indoors. Treatment by a professional 1 or 2 times per year can eliminate these pests.
At Safari Pest Control we are the professionals in Tampa, Plant City and surrounding areas that you need to eliminate your Earwig problem. We specialize in keeping these creepy crawlers out of your home for good. Call 813-703-4673... It's a jungle out there!